Each competition ends with a final which, due to the high media interest and additional organisational and technical requirements on the part of UEFA, sometimes demands considerable additional technical equipment.

This applies in particular to the areas of power supply, camera platforms, studio installations, infrastructure for broadcasters and show sound. Every year, all of the finals are held in a different stadium.

We were commissioned by UEFA, Technical Services, with fully preparing and overseeing the implementation of its additional requirements for the final in Madrid. The contract extended over a little more than nine months and ended with three weeks of on-site support, including the final itself.

In close coordination with the numerous UEFA departments involved, the stadium operator and the external service providers, the project was yet another success for Mosaic Vision GmbH.

After RasenBallsport Leipzig (RB Leipzig) made their stunning advance to the cup final in Berlin at the end of the 2018/2019 season, preparations began for the team to celebrate in style.

With a lead time of just three-and-a-half weeks, Mosaic Vision GmbH was commissioned with the complete planning of the public viewing on the evening before and of the cup final event at the Festwiese (festival grounds) in Leipzig.

Since it was so difficult to predict public interest, the entire concept was designed for up to 30,000 visitors.
There was extremely little time to coordinate the service providers and media partners, but also the accompanying CAD planning, obtaining and evaluating offers, drawing up a security concept and approval planning.

With our highly experienced team, we took on this challenge and made it a resounding success. Even though the cherry on the cake – winning the cup final – unfortunately failed to materialise for RB Leipzig, around 12,000 enthusiastic football fans were still able to give “their” team a fitting and safe send-off at the end of the season.

A multi-media rock opera delivering a theatrical portrayal of the life and work of Richard Wagner. With musical accompaniment from the MDR Symphony Orchestra, the MDR Choir and the Finnish band Apocalyptica, ballet dancers and amateur performers performed together on an elongated central stage.

We were responsible for technical management on behalf of “Kunst.Kraft.Werk Vockerode” GmbH. Accommodating a symphony orchestra on a three-storey frame, a stage more than 50 metres in length, key stage elements on movable ceiling tracks and an audience on cube seating were some, but by no means all, of the challenges we had to tackle. 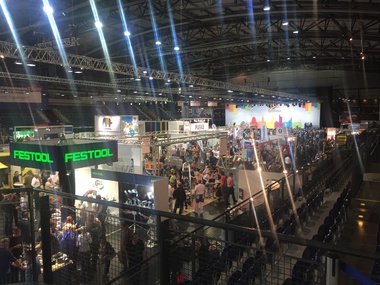 In 2015 and 2017, the group of companies “Farben Schultze”, “Engel & Jung” and “Winkler & Gräbner” organised a crafts trade fair focusing on paints, renovation, wallpaper and tools.

We were responsible for the technical planning of sound, light and rigging on behalf of the organiser as well as the approval applications and on-site technical coordination for this trade fair.

Battle of the Year | Breakdance World Cup | since 1999 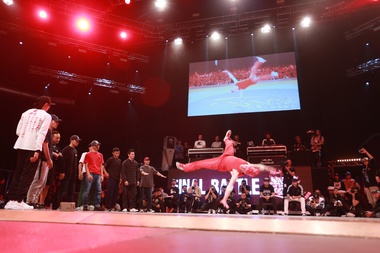 The Battle of the Year is the world’s largest breakdance championship. Each year the “World Finals” are attended by more than 200 dancers from all over the world – and around eight to ten thousand visitors.

The Hanover-based company SixStep GmbH has been collaborating with us ever since 1999. We are responsible for overall technical/logistical implementation and event coordination.

Personal contact with each of our clients is important to us.

Contact us – we look forward to hearing from you!

Drop us a line now!